For these major celebrities and their children, listening to music and creating a shared interest is a no-brainer. While some of our features have children that are older and work as artists themselves, others (like the Kardashian-West kids) are simply surrounded by music at all times. No matter how they involve their kids with music, these celebrities make sure to teach them all they know about it.

1. Will and Jada encourage Jaden and Willow to explore their musical roots. 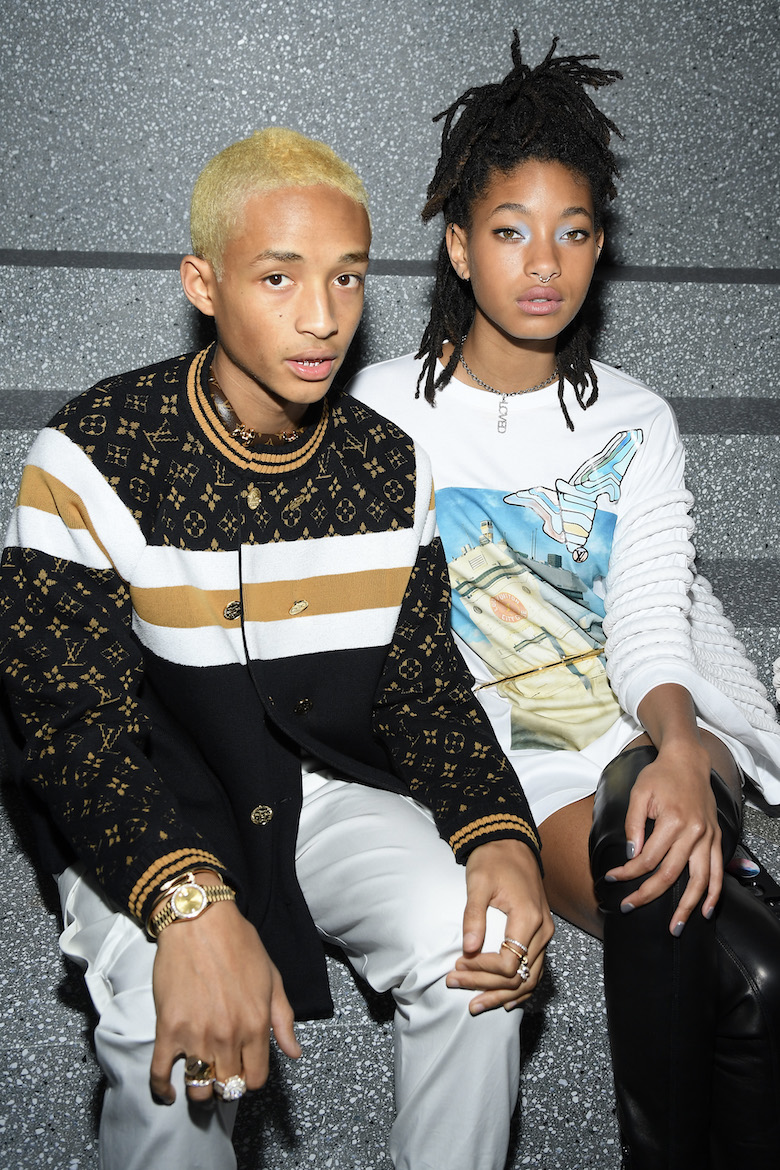 The Smith kids have always felt comfortable expressing their creativity thanks to their always supportive parents, Will and Jada. In 2010 at just 10 years old, Willow released her first single, “Whip My Hair,” that pushed her into the public eye. As she’s grown, Willow’s continued to express herself through music and other art forms, just like her big brother, Jaden. His musical career has also evolved over the years, having started rapping in 2010, alongside Justin Bieber in “Never Say Never.” From there, Jaden has embarked on a creative journey that has taken him through different styles of music including his hit song, “Icon,” and his newest project, ERYS.

Kanye and Kim are obviously highly influential people, but their at-home influence looks different, especially in relation to their children. While we can assume the family plays all of Kanye’s discography on repeat throughout their minimalistic-styled home, we know that the family regularly engages in Kanye’s Sunday Service, submerged in spiritual choir music. 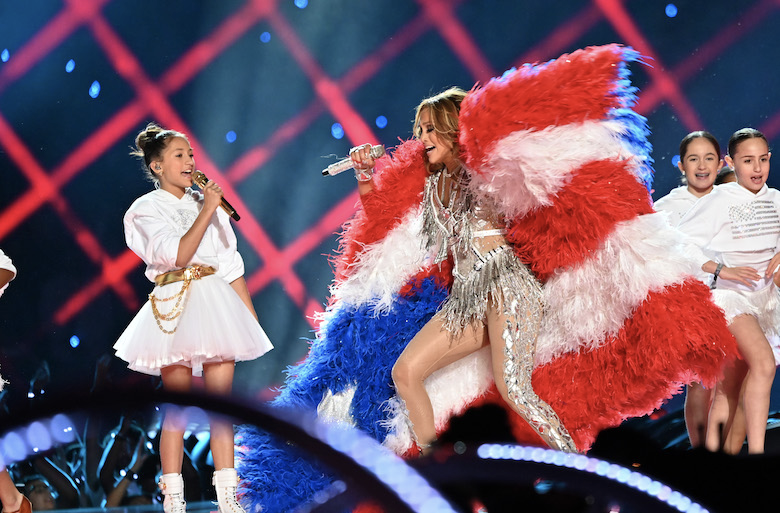 Jennifer Lopez and Marc Anthony’s daughter, Emme, has been following in her parents’ footsteps musically and seems to show no signs of stopping! JLo has featured Emme on her social channels singing, but the biggest performance yet has to be Emme’s recent surprise at the 54th Super Bowl. She clearly has the natural instinct of a performer, and we can’t wait to see how she continues to grow!

4. Billy Ray Cyrus is a musical influence to his children.

Billy Ray has established his own music career, having tugged at the heartstrings of country music lovers for years. His musical influence has trickled down to five of his six children, including his two sons Braison and Trace, and three daughters, Brandi, Noah, and Miley. Each sibling has traveled down a musical path all their own, their styles crossing across country, pop, and rock genres.

5. Stormi has attended many of Travis Scott's shows with mom, Kylie Jenner. 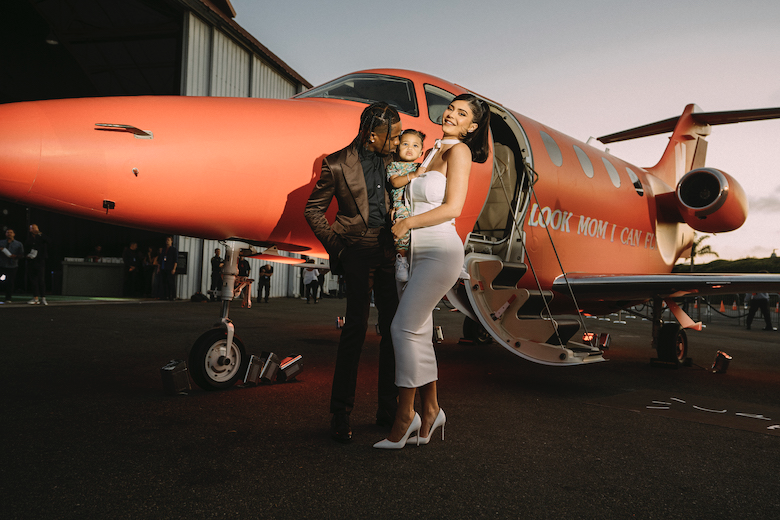 While Stormi just turned 2 and is not necessarily creating her own music yet, her famous parents make sure to surround her with different types of music and educate her as best as possible. She’s no stranger to a live show either, having gone to see her dad, Travis Scott, perform numerous times while he was on the “Wish You Were Here” tour for Astroworld. Since then, Kylie has taken many videos with Stormi dancing as Travis’s music plays in the background.

6. Pink empowers her daughter through music.

When we think of Pink, we think of an artist that exudes empowerment. She is bold and strong, empathetic and kind, and especially since having her daughter, Willow, she’s focused on making sure that her kids feel that confidence as well. In a reprise of her song, “A Million Dreams,” Pink sings with Willow, giving her a taste of what it’s like to be a rockstar like her mom! 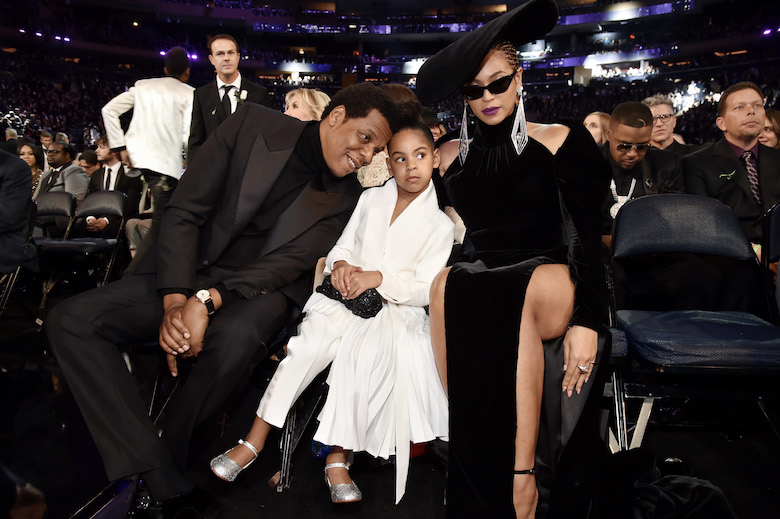 Blue and her siblings have been blessed with some pretty talented parents if we do say so ourselves. Having each established their own music careers as powerhouses of the industry, it’s only natural for Beyoncé and Jay-Z to then open their children’s ears to music as well. Blue Ivy has shown interest in learning what mom and dad do, having her own feature on 4:44 called, “Blue’s Freestyle,” as well as a feature on Beyoncé’s surprise live Homecoming album.

8. John Legend plays the piano alongside his son, Miles.

For many musicians, a piano in their home exists as more than just a decoration, especially if it’s an instrument they play. For EGOT-holder John Legend, the piano is a critical part of his life and he makes sure to show his kids the value of music whenever he can. In many home videos along with a special feature in Gillette’s “#TheBestMenCanBe” campaign, John plays piano with Miles and talks about the joys of being a parent, especially with young kids. Who knows, maybe Miles (and Luna) will follow in their famous dad’s musical footsteps!

9. Cardi B and Offset performed with Kulture. 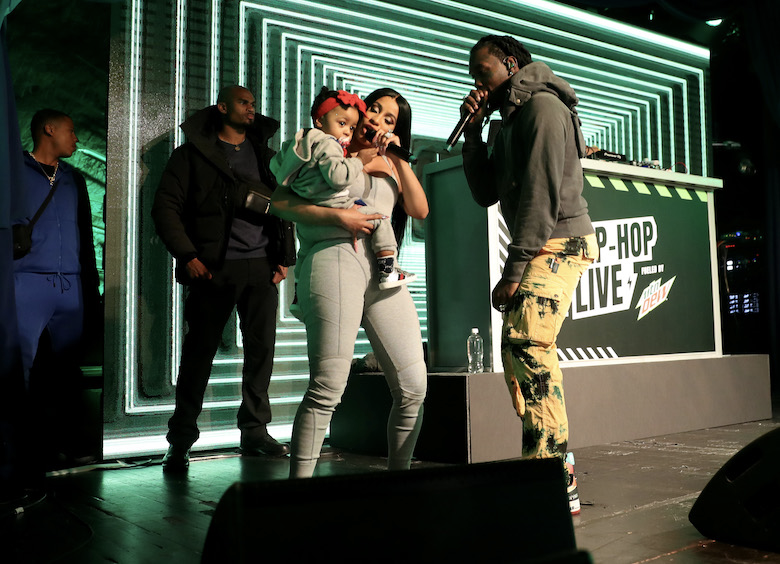 Having Cardi B and Offset as your parents must be a fun time. Cardi has expressed in interviews how thrilled she is to be a mother and how much of a priority her family is to her. Kulture has been seen at multiple concerts with mom and dad, and at a particular 2019 show, Offset was performing when Cardi came out for a verse, holding Kulture on her hip. They rapped the whole time while the crowd roared, most likely in excitement to see Kulture.